The concept of monarchy is out-of-step with contemporary Australia. - Glenn Davies' suggestion

The concept of monarchy is out-of-step with contemporary Australia. 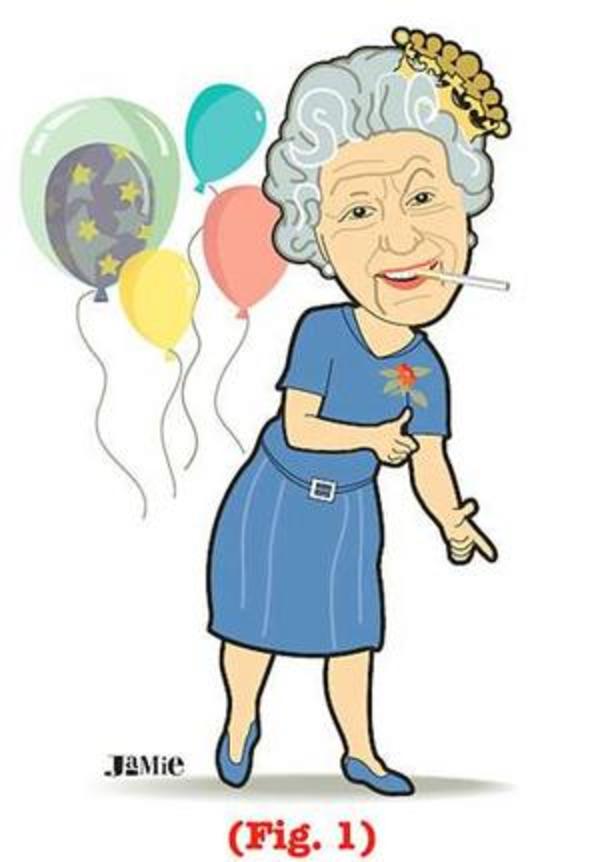 Queenslanders will take the day off work in 2020 on 1 October, not in recognition of their hard work, but to recognise a monarch who will most likely be sleeping through the public holiday held in her name.

It has always seemed absurd that Australians acknowledge the birthday of Queen Elizabeth II at a completely different time to her actual birthday. Around Australia in 2020, the Queen's Birthday public holiday will be held on the second Monday in June — except in WA on Monday, 30 September and in Queensland on Monday, 5 October.

Queen Elizabeth II will turn 94 on Tuesday, 21 April 2020. You have to wonder when will she be allowed to put up her feet? Most 93-year-olds are long retired, but not that trouper the Queen. My grandmother will be 95 later this year. She's a hardy soul, but there's no way she would be up to the frantic pace needed to be a world leader. Even though retirement plans for many people keep going further and further beyond 60, Queen Elizabeth II has still well and truly exceeded this. Prince Philip was able to officially retire in August 2017 at 96 after his dramatic announcement of his intention to retire from active royal duties in May 2018. So surely it’s time for the British monarch to step down and start having afternoon naps.

After the election of the LNP Newman Government in 2012, until its shock electoral loss in January 2015, there was a steady outpouring of ideological revisionism aimed at bolstering the concept of monarchy in Queensland. During 2011, there had been widespread consultation by the Bligh Labor Government on changing the public holiday system in Queensland. It was agreed, in 2012, that Labour Day would remain in May and the Queen’s Birthday public holiday would move from June to the first weekend in October, while retaining a one-off Queen’s Diamond Jubilee public holiday in June 2012. However, Australia completely ignored the Queen’s Diamond Jubilee.

Surely, this must be the most irrelevant and outdated of all public holidays? Although the Queen’s Birthday public holiday is observed as a mark of respect to the Sovereign, there are never any public celebrations or community engagement around it whatsoever. The Queen’s Birthday holidays don’t remind us of anything good about our country. At worst, they tell us Australia’s head of state gets the job by inheritance and that Australians are subjects of a foreign crown — the opposite of democracy and liberty. The lack of any public activity in Australia around the Queen’s Birthday holiday is a clear example of how much the entire concept of monarchy is out-of-step with contemporary Australia. It appears Australians will turn out and show respect to the Queen when she is here but when she is not, then the concept of monarchy becomes irrelevant. Australians may like the celebrity surrounding the monarch and the royal family when they visit Australia but are then totally uninterested in any form of royal celebration when the "party girl" is not here. You can’t have a party without the "party girl" — which brings up the issue of an absent head of state.

We have our own identity as Australians. The Royals represent Britain, but cannot represent us or unite us as Australians. Australians believe in freedom and equal opportunity, not that some are born to rule over others. Monarchist's can prattle on endlessly about how retaining the monarchy brings stability and is cheaper than having a homegrown head of state and the like. But when you boil it all down, you can't escape the fact there's something a little unnatural about a grown child of, shall we say, 230 years, still electing to live in mummy's back bedroom.

It is a disgraceful fact that without constitutional change the citizens of Australia will not even be consulted on our next head of state. Since his birth, Prince Charles has known he will take over the top job. One morning we will simply wake up to hear news from England that will change our country for decades to come.

Deciding to pack our bags and finally leave our Buckingham Palace nursery room isn't being rude to the Queen. It's just the natural order of things and the Queen has reportedly acknowledged as much to past prime ministers. We can have respect and affection for Britain and its celebrity royals but still question why we do not have our own head of state. The royals are welcome to visit as representatives of Britain, but I look forward to when the British people and their royal family will welcome a visit by the first Australian head of state. How many more Ashes tours must we endure with the Barmy Army taunting us with their song, 'God Save Your Queen'? Time to cut the apron strings, assert our independence and let one of our own people serve as Australian Head of State.

The lack of any public activity around the Queen’s Birthday public holiday shows how the concept of monarchy is out-of-step with contemporary Australia.