Poland: A Crisis for Equality and Social Democracy? - Australian Fabians

Poland: A Crisis for Equality and Social Democracy? 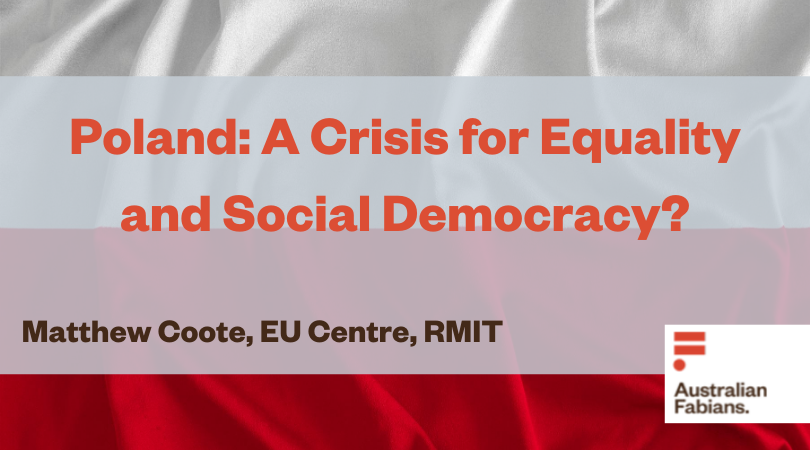 Andrzej Duda, the conservative President of Poland, won a second term in July 2020.

Duda’s victory follows the re-election of the Law and Justice Party (PiS) at the 2019 parliamentary election. Since coming to power, PiS has sought to remake Polish society in accord with its blend of nationalist, social conservative and populist ideology. It has strengthened its control over crucial institutions such as the media and the Judiciary, actively promoted anti-immigrant, anti-Semitic and homophobic rhetoric, while at the same time it has boosted welfare support to those seen as fitting its socially conservative vision (‘Polish heterosexual families’).

The political situation in Poland should be of concern for social democrats all over. What are the implications for equality in that nation and beyond?

Matthew Coote is a Research Officer at the European Union Centre of Excellence, Social and Global Studies Centre at RMIT University. In this role, Matthew is assisting with projects on regional policy and Smart Specialisation, the Sustainable Development Goals (SDGs), innovation and trade while also currently researching contemporary election results in eastern and northern Europe and the implications for social democracy. Matthew was a member of the Victorian Fabians executive (2015-19).