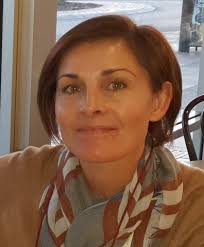 Jodi Reynolds lives in regional Victoria with her two teenaged daughters. She has a Bachelor degree in Science from the University of Newcastle and worked as a Geologist and Research Mineralogist in the mining industry for over 20 years. Looking for a change and a career more aligned with her values Jodi left the mining industry and completed a Post Graduate Diploma in Nutrition in 2016 and has been balancing work, children and a Masters in Public Health since then.

She believes that change and progress are driven from the ground up. Until recently she was Program Manager for the Northern Mallee Leaders, a not for profit community leadership program. She was a founding member her local 350.org group and is on the committee of the Sunraysia Sustainability Network and shares leadership of the local Australian Conservation Foundation group. During the federal election in 2019 she was the campaign manager for Independent Candidate Jason Modica for the seat of Mallee, against the incumbent National Party which has held the seat for 70 years. The electorate is huge and diverse. Water and the Murray Darling Basin Plan, energy and climate, seasonal workers and farming land rates, access to education and health services, shrinking towns, transport and roads and the disparity between city and regional spending were some of the major issues for the seat during the campaign and they still are. The Nationals retained the seat but suffered an unprecedented swing against them. Next time!
Jodi has been known to join protests when she feels that a cause requires peaceful demonstration.

In 2003 she joined hundreds of thousands of anti Iraq war protesters to demand a peaceful resolution to the conflict. The plight of refugees and the unjust detention of people on Manus Island, demanding action on climate change and marriage equality are also issues that have provided Jodi with incentive to take to the streets. As part of 350.org Jodi was involved in the organisation of the September 2019 Climate Change March in her town.