The Ethical Case for a Basic Income - Australian Fabians

The Ethical Case for a Basic Income

The progressive side of politics only succeeds when it offers a vision of a future, a Good Society that would overcome the structural failings of the existing form of capitalism. Today, in Australia and across the whole world, as a result of four decades of neo-liberal economic ideology, we are confronted by a virulent form of rentier capitalism that has made the global economy uniquely fragile and subject to numerous unpredictable shocks, while depleting nature’s bounty at an unprecedented pace and rapacity.

This article is also available as a downloadable PDF - just click here!

Rentier capitalism means that more and more of the income, wealth and power is flowing to the owners of property – financial, physical and intellectual – while less and less is flowing to those who rely on labour and work for their income. As a result, the income distribution system on which the preceding industrial capitalism was based has broken down irretrievably. The result is an incrediblefragility, epitomised by high public, corporate and household debt and by a new global class structure in which the precariat is the growing mass class, most of whom are living on the edge of unsustainable debt.

To make matters worse, the COVID-19 pandemic is already the sixth pandemic this century, and has demonstrated to us all that the global economic system is neither robust (immune to shocks) nor resilient (able to handle and recover from shocks). We are learning the hard way that the resilience of both individuals and society depends on the resilience of the most vulnerable.

Despite all this, political parties on the Left, particularly labour parties and social democrats, have been floundering ineffectually. They are seemingly unable or unwilling to forge a new progressive vision and agenda, timidly tinkering and promising jobs and more basic services, altogether looking suspiciously like yesterday’s politics.

That in a nutshell is the context in which we should consider basic income (BI), and why it should be an anchor of a new income distribution system, linked to the dismantling of rentier capitalism. Definitionally, a BI would be a modest guaranteed monthly amount of income, paid in a form in which the individual recipient could decide how to spend it. It would be paid individually, equally to each man and woman, with a smaller amount per child, paid unconditionally in behavioural terms, without means tests, work tests or other behaviour tests. It would be non-withdrawable; that is, it would be an economic right, with supplements for those who have disabilities or frailties with associated extra costs of living and fewer economic opportunities.

Note that there is nothing in the concept or definition to say what level a BI should be, although clearly it should be an amount which would make a substantive difference to living standards. And there is nothing to suggest that it could not be clawed back from the rich through a tweak to the tax rates. The point is that it would be an economic right to which all legal residents would be entitled. And as we surely know from many decades of practical experience, paying on a quasi-universal basis makes for much more efficient and cost-effective distribution than does trying to operate a means-tested scheme to identify ‘deserving poor’. 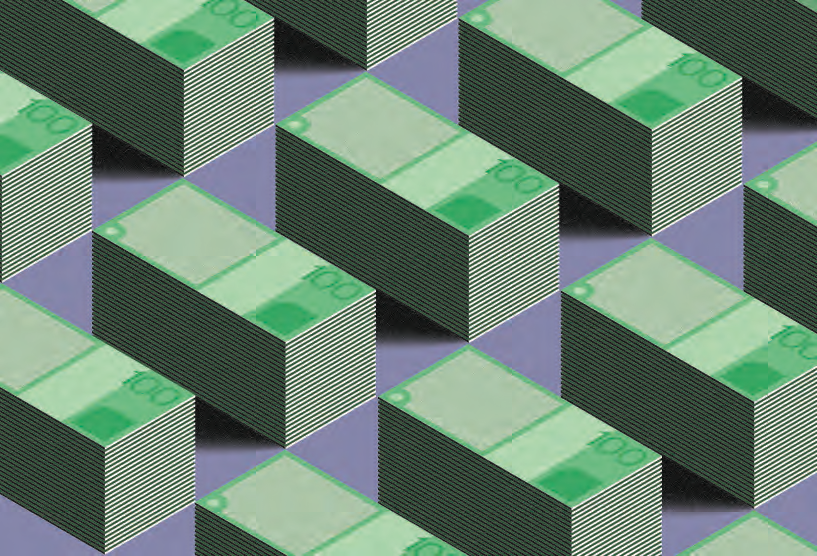 The justification for a basic income is fundamentally ethical, not instrumental, as is briefly explained below. There is no space here for rebutting the common objections, which is done at length in my book, Basic Income: And how we can make it happen, drawing in part on findings from the many experiments that have been conducted.

Subscribe to the Fabian Review and support the movement here!

The first ethical justification is that it is a matter of common justice. The right to a BI can be traced to the Charter of the Forest, sealed in 1217, alongside the Magna Carta. This constitutional foundation stone asserted that every free man has a right to subsistence, in the commons.

The wealth and income of each of us is due far more to the efforts and achievements of the many generations before us than anything we do ourselves, however clever we think we are. But we do not know whose ancestors contributed more. If society allows for private inheritance, ‘something-for-nothing’ for a minority, then we should allow for social inheritance, a form of social dividend.

A related strand of common justice arises from the fact that over the centuries, elites have taken much of our commons, acquiring vast riches without compensating commoners. A BI would be compensation for that loss, a view associated with Thomas Paine and Henry George. The commons belong to us equally, including not just land, waterways, forests, parks and natural ‘resources’, but also the amenities and public services we inherit as a society, and the body of ideas and knowledge.

Elsewhere, I have proposed that the optimum way of funding a basic income would be through a Commons Capital Fund, designed to respect the principle of intergenerational equity, i.e., recognising that the state has a stewardship role in protecting the commons for future as well as current generations. Building such a fund in Australia would be a relatively straightforward task, primarily by using a carbon tax and other ecological levies.

A BI could also be seen as a matter of religious justice: since God has given people unequal talents, it would be a way of compensating those with lesser talents. It is also a matter of ecological justice, seeing that the rich pollute more, while the poor are more afflicted with the consequences. It would promote ecological justice more than does the prioritisation of resource-depleting jobs.

It is also a matter of ‘compassion justice’. By giving everybody an equal economic right, it would roll back the charity state and reliance on pity, which, as David Hume showed, is akin to contempt. A BI promotes ‘public dignity’.

Finally, it would be a matter of ‘work justice’, rewarding work that is not labour, notably unpaid care and voluntary community work.

A second ethical justification is that, by definition, a BI would increase basic security, even if only modestly initially. Basic security is a fundamental human need and is also a public good, in that the value to anybody increases if everybody has it. Moreover, psychologists have shown that insecurity reduces ‘mental bandwidth’ – one’s IQ. If that is the case, it is unfair to expect rational responsibility from those who do not have basic security.

A BI would also respond to the reality that, with today’s globalised rentier capitalism, the main form of insecurity is uncertainty, for which social and private insurance systems are ill-suited. And it would strengthen robustness and resilience in response to shocks, including pandemics. Unless everybody has resilience, nobody is likely to have it.

The third ethical justification is that it would enhance freedom. The Left has been bad at championing freedom. A BI would enhance the three types of freedom. First, it would enhance libertarian freedom, the freedom from artificial constraints and the freedom to choose and to say ‘no’. Second, it would enhance liberal freedom, that is, the freedom to be moral, having the ability to decide on what is the appropriate thing to do. You cannot be moral if you have to do what you are told or steered to do by bureaucrats, however well meaning. Third, it would enhance republican freedom. Such freedom exists if you are free from potentialdomination by figures in positions of unaccountable authority. A woman does not have this if she can only do things with the approval of a husband or father, even if they usually ‘allow’ her to do as she wishes. In this regard, pilot studies have found that women who had a basic income were more likely to leave abusive relationships, and escape domestic violence, which has become more prevalent during COVID lockdowns. To be able to make decisions for oneself is surely what we should want for everybody.

Finally, there are the economic arguments. In 1942, William Beveridge said it was “a time for Revolutions, not for patching” and that his welfare reforms were intended to slay five Giants – Disease, Ignorance, Idleness, Squalor and Want. Today we are confronted with eight Giants, and a basic income would help weaken all of them. Properly designed, it would reduce Inequality, it would reduce Insecurity, partly by providing an automatic economic stabiliser, it would cut Debt, reduce Stress and roll back Precarity, defined as loss of citizenship rights and the feeling of being a mere supplicant, reliant on charity. It would make ever-increasing Automation - AI and robots less threatening. Above all, it would lessen the threat of Extinction. We need high eco-taxes to control greenhouse gas emissions and other pollution, but these would be regressive unless the revenue were recycled as equal dividends. And having a BI would encourage more care and community work rather than resource-depleting jobs. Finally, providing basic security would help halt the drift to neo-fascist Populism, which feeds on insecurity.

There have been dozens of basic income pilots and experiments around the world, with different methodologies, durations and sizes. As reviewed elsewhere, what is remarkable is that the findings have been consistent – improved health, less stress, reduced debt, increased work, stronger bargaining positions, particularly for women, and better social attitudes. It is no panacea, but a basic income will be a vital component of a new progressive politics. It is time for the Left to be courageous and offer a new ecologically sustainable vision of a Good Society.

Professor Guy Standing on Universal Basic Income on the Australian Fabians YouTube channel. It's free to subscribe to our YouTube Channel here, where there are over 130 videos on important progressive political topics.

The Ethical Case for a Basic Income

A Territory Under Surrender - Malarndirri McCarthy

We Need to Talk About MMT – Lachlan McCall