Automation and a credit and resource based economy - Jason Blake's suggestion

Automation and a credit and resource based economy 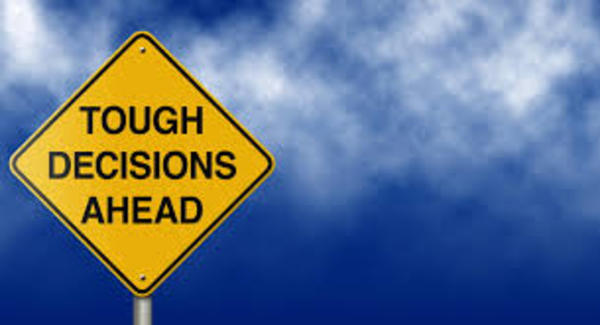 Queensland is part of Australia. We are a Commonwealth, by definition, all the States & territories in Australia and its wealth are the wealth of ALL Australians. So we move from the current debt based speculative economy to a planned economy based on resources, with a reduced work week using automation. This will reduce waste, create stability and increase the wealth and happiness of most of us. Yes the top will be a little angry, but they can cry on the mega yachts.

We have a system where the RBA creates credit based on population and lends it to Banks. The concept is that if borrowers use it to buy a house, it takes a house off the market, creating demand shortages. In turn this spurs construction and with it increased economy. Same with lending to business for operations causing shortages, increasing demand. This doesn’t happen though; instead new money is created and competes with existing money for existing goods, services and assets.

The best example is when house investors borrow using created credit, than enter the cities to buy existing houses. They do this because they want renters and value increases. The Banks leaned on government to allow foreign investment. This created huge speculation and the created credit doesn’t enter production, it enters into the speculative markets. We have excess credit of over $136 trillion dollars turning over every year in the Australian Markets alone. This excess credit will cause hyper-inflation if defaults happen and economy crashes.

We need to prevent the further debt credit creation and remove the excess credit.

When Franklin D Roosevelt applied huge taxes to the wealthy; he created a stable and fair economy. It is good that the wealthy invest their money to generate production and increases to economy, but when they pool it in market speculation, it means real goods will go to waste. So when the USA moved off this policy, they saw huge wealth created, but with it huge waste and a massive poor class of people. To control an economy we need to know the minimum, average and maximum of a money supply.

To do this we have a managed economy where we have a minimum wage (with training wages just below this, but supplemented by public funds), below average wage, average wage, above average and top wage. Plato envisaged a ratio of 5:1. The great American robber baron J.P. Morgan argued that the limit should be 20:1.

To determine money supply we multiply it by estimated population. Money Supply The preliminary estimated resident population (ERP) of Australia at 30 June 2019 was 25,364,300 people.

* Out of fact, Australia’s optimum population is around 66 million people. If we looked at the average wage of $62,400 x 66 million = $4.1 trillion. This would easily cover the expenses of infrastructure maintenance, r&d services, defence, police, fire & emergency, hospitals, education, training etc for a country out size.

* If you look at the Australian Defence Force Pay scales we’d follow this example for a national pay scale matrix.

Category A – Traineeships, Apprenticeships, Cadetships Wages from $15hr (with supplement of $5hr) to $35 hour for 30 years plus

Category B – No skill to Skilled (general hands, retail and entertainment, warehouse, deliveries, labourers etc) Wages from $20hr to $40hr

# There would also be allowances to reach $240hr & bonuses paid out from achieving targets for both workers, managers and directors.

People would be trained and qualified in their chosen field by their current performance.

Unlike feudalism and communism, people could still shift careers, retrain, move into a higher category or down.

There is something about the Human Species that wants to be free, but can’t be free as we can be so destructive. So we apply rules to our natural law and we also regulate ourselves, but allow for enough freedom to keep the soul happy. However part of the human condition is natural born psychopaths, which and MRI can measure, but this is another topic.

The above examples are based on 40 hour weeks.

So long as Automation picks up the reduced human worked hours and production is maintained, the only extra cost on government and commerce is the cost of energy for the automation and maintenance. To cover this extra expense, we divide the population into a 6 day working week of 3 days x 8 hour shifts.

The Days would increase to 16 to 24 hours days, depending on the roles. People would perform work in production of 24 hours of work per week, 3 days of 8 hours shifts.

Solving the Speculative Market and Debt based credit creation issue

An automated transaction fee, set as a percentage, once per month with RBA interest rates. This will remove over time that $136 trillion over credit where it is over by $134 trillion. It is only hidden by the markets, but not forever.

RBA interest rates only deal with the Bank lending, it doesn’t deal with the inflation and speculative issues caused by the credit creation and lending.